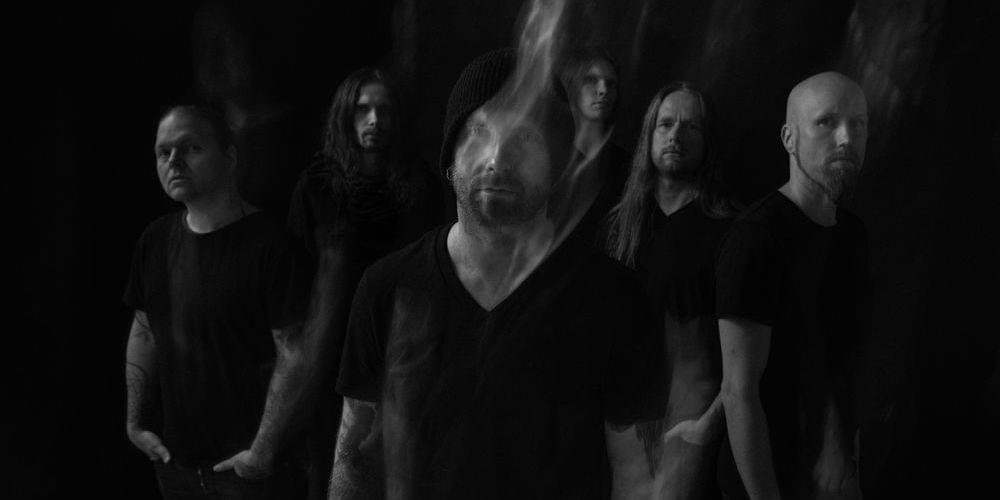 There’s beauty in life. There’s darkness in death. For Swallow the Sun creative force Juha Raivio, his world is the reverse. The Finnish songwriter is funneling the darkness in life and the beauty in death on new album, When A Shadow Is Forced into the Light. While much of the impressive, three-album saga Songs from the North I, II & III was inspired by the old forests of Sweden’s midlands, Swallow the Sun’s seventh album (10th if Songs from the North I, II & III and The Plague of Butterflies EP count) is directly informed by the loss of life partner and singer/songwriter Aleah Stanbridge (aka Aleah Starbridge). Raivio spent many months in the shadows, coping, trying to understand, wishing his loved one a safe journey into the glory of her next life. But when the inspiration finally hit Raivio, the maestro conceived and wrote nine songs over the course of three weeks. The result is a spectacular heart-string pull carefully ferried across a hopelessly scenic set of songs that transcend the boundaries of doom, death, and black metal. The title “When A Shadow Is Forced Into The Light” draws from a key line in Trees of Eternity’s “Broken Mirror.”

“Every word and note I wrote, I wrote for Aleah,” says Raivio from his home in Jyväskylä, Finland. “And about my own battle since she passed. The album title, When A Shadow Is Forced into the Light, comes from Aleah’s own words, ‘When a shadow is forced into the light.’ That was exactly what I needed to do. To push myself out from the shadows. I’ve been pretty much a hermit in the woods for two and a half years. Gathering my life to write this album. That’s also why the subject is very personal and therefore hard for me to talk about. I’d rather leave it all to the music and words on When A Shadow Is Forced into the Light to tell the story. It’s all there.”

With Raivio’s inner core exposed for all to see, comment on, feel, ask questions of, and experience, it’s no wonder When A Shadow Is Forced into the Light is a difficult topic to relive. But as Raivio has said, it’s all there, out in the open. From the absolute stunning lead-off title track to the fragile massiveness of “Never Left,” Swallow the Sun have crafted a filmic masterpiece around Raivio’s bereavement and subsequent journey through it. In fact, they’ll preface When A Shadow Is Forced into the Light with a non-album EP called “Lumina Aurea”, which is, according to Raivio, the darkest and most painful song in Swallow the Sun’s history. Featuring Wardruna’s Einar Selvik and The Foreshadowing’s Marco I. Benevento “Lumina Aurea” will bridge the utter gloom of Raivio’s despair with the promise of coming to terms with it.